Before I dive into the highlights of our releases over the last 12 months, I wanted to mention our EOL (End-of-Life) Policy and release schedule, and also our version numbering scheme, as this is a question we often get asked during Support calls or Pre-Sales conversations with new prospects.

Our policy is explained in detail on our doc pages (https://www.continuent.com/resources/end-of-life-policy) but here is a summary of that:

“Continuent operates a continuous release schedule, our aim is to release on following basis:

We have been pretty active over the last 12 months with 9 bug fix releases, a lot more than our “every 3 month” goal. Does this mean we have had a lot of bugs? Not really...we have fixed bugs but we have also implemented new features and improvements, many that have been driven by the needs of our customers.

6.1.0 was released back in July 2019, so why have we not had a 6.2.x yet? We made a decision that rather than focus on a 6.2.x release we would put all of our efforts into v7. Whilst we have no set release date for this, we are very close. This release will bring a number of very significant improvements, not least of which is our new public REST API - bringing with it a vast array of improvements.

So what does this mean for the End-of-Life Policy?

“The standard Continuent End-of-Life (EOL) policy for all product versions is 12 months from the release of the subsequent minor (y-version) release (eg v6.1 EOL Date set 12 months from release date of v6.2).”

To summarise, what this means is that 6.1.x is still fully supported and will continue to be for 12 months from the date that we release v7 - so there is no need to worry just yet! However, this does mean that all versions prior to 6.1.0 are now technically EOL. If you are reading this and fall into this category then I really urge you to read the rest of this blog to understand all the changes that have been made and plan to upgrade!

Once a product reaches EOL:

We cannot stress enough the importance of upgrading. There is that old saying: “If it ain’t broke, why fix it?” and a lot of hesitancy to “rock the boat” by upgrading something that is functioning perfectly well. However, if you have a reason for urgent support and you are running one of the very old releases, you may find yourself in a tricky situation. Naturally we will try our best to help as we always do (keep an eye out for a forthcoming blog on our support services!), but sometimes there is only so much we can do to help!

To list every new feature/improvement and bug fix from the last year would make for a very long blog post! Below I have highlighted some of the key features. As always, we recommend studying the Release Notes for each release, and it’s entirely reasonable that unless there is a specific bug fix or feature, you may not always need to be on the very latest patch version, yet it is important to stay up to date for supportability.

For a full break-down of all of the releases to date, we have a handy “one-stop” page for all of our release notes, which can be viewed here: https://docs.continuent.com/release-notes.html.

As you can see, this is just a small snapshot of the changes over the last 12 months. On top of this we continue to work hard on our forthcoming release of version 7.0. In fact, we already have a BETA release of v7 available. If you are interested in trying this out and providing feedback, we would love to hear from you! 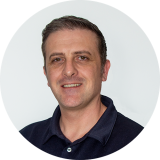 Chris is based in the UK, and has over 20 years of experience working as a database administrator. Prior to joining Continuent, Chris managed large-scale Oracle and MySQL deployments at Warner Bros., BBC, and prior to joining the Continuent Team, he worked at the online fashion company, Net-A-Porter.