We have identified an issue in a script that is executed as part of the Tungsten Clustering solution. The script itself executes a small query against the internal tables used by the replicator in order to help identify the current status and latency of the replication process. We believe this script may occasionally fail under some very specific conditions, which would not normally be an issue, but the knock on effect is to create Out of Memory errors and instability in the way identifying the current replication state is handled.

The issue has been fixed in the upcoming 6.0.1 and 5.3.2 releases, but we have identified that customers on versions of the Tungsten Clustering solution from v4.0 upwards would benefit from using an updated version of the script.

If you are using Tungsten Clustering 4.x or higher, it is recommended that you apply this patch to improve the stability of your clustering installation.

The script can be updated in a number of different ways, including using a script we have written that will update the in place versions of the file. Due to the nature of the script and the installation process, we recommend that even if you manually update or use the update script to fix existing installations, you should also update the version in the package or staging directories so that updates and new installations do not wipe out the changes.

Note: Updating the live version of the file in an installed directory saves you having to reinstall or restart any of the clustering components. When the file has been updated, the manager will automatically reload and use the new version.

The easiest way to apply the fix is to use our script, which simply finds all files named *mysql_checker_query.sql and swaps out just one line.
Since the standard location for staging extraction is /opt/continuent/software, we expect to be able to patch the files found in the staging directories along with those found in the installed directory.

To apply the patch to both the installed files and staging templates by using our update script:

The script will update both the installed files and any staging templates located under the target directory.

To update a version of the software extracted from the distribution tarball:

If you want to update your software now, bearing in mind that this will restart the managers and connectors, perform an update through tpm to update the distribution:

To update the script by hand, you will need to update a version of the script for every service within your installation. 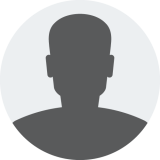 MC Brown is a professional writer and technologist for over 25 years, an author and contributor to over 26 books covering a wide array of topics, and technical and architectural advisor on databases, cloud and grid computing, and operating system development. During his time he has worked for and with Sun, MySQL, Oracle, Couchbase, VMware, Microsoft and IBM, and written for O'Reilly, IBM, Computerworld, IBM developerWorks and many others.