If we could divide our QA into layers, at the bottom layer there are tests of specific features and scenarios. These consist of steps, how to reproduce a certain feature, and how to validate that feature. Individual tests of features and scenarios can be grouped together according to similar characteristics, for example: tests for features/scenarios grouped by topology, tests for TPM, connector tests, API tests…let’s name these groups of tests: “test suites.”

At the very beginning of our CI/CD pipeline, source code and test suites are handed over to our Bamboo server. Bamboo is a continuous integration tool from Atlassian that we use to externally build Tungsten products and run tests on them (and do other automated processes as well). Bamboo is comparable to other CI/CD tools: “Give me instructions, and I will process them.” It's a pretty straight-forward tool, where one ‘Plan’ (CI/CD pipeline process) consists of serial ‘Stages’ (CI/CD steps in pipeline) and each Stage could have any number of parallel ‘Jobs’.

Bamboo was designed to run Plans (CI/CD pipelines) always in the same way:

In short, we are not using this tool as it was originally designed to be used…

When we are developing, we need some kind of freedom to run test suites, or even specific tests, and provide for custom options in our testing environment. This means we need different levels of testing and different behaviours of the environment. For this reason we developed some intelligent software which is running as a wrapper inside of the Bamboo server. This software nicely changes the behaviour of the Bamboo CI/CD pipeline to fit our needs. 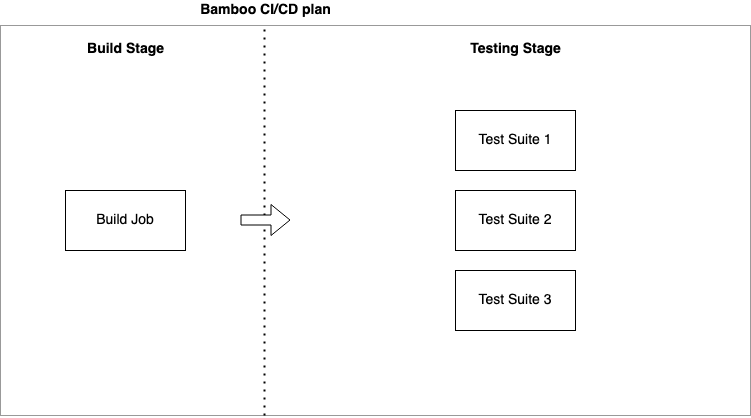 The main characteristics of this tool are:

So, when testing options are defined, our Bamboo wrapper/tool creates a shared pool of test suites that should be executed, and also defining their corresponding environment. In the next Stage in the sequence, which is actually created from a number of parallel jobs, each running copy of the Bamboo tool ‘takes’ the test suite from a shared pool in an intelligent way: 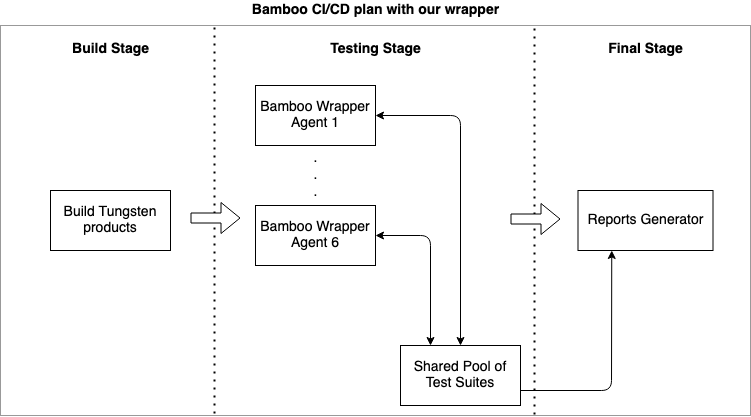 In fact, there are options for testing which developers can use wisely to save testing time while ensuring enough testing for coverage of their fix, such as:

And finally, the true ‘levels’ of testing (used for regular testing of main version control branches, to final release builds):

For every cluster operation like switch, failover, recovery, etc., and also some “cctrl” commands and queries through the Connector (aka Proxy), we collect the time to execute such actions. From the collected samples of data, we can generate a nice graph as shown below. 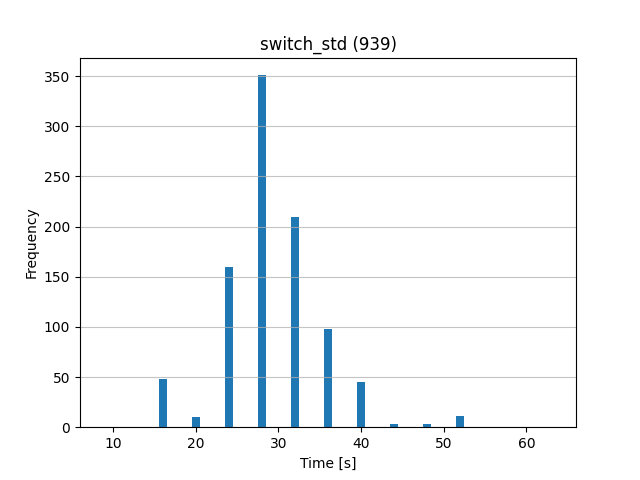 The graph represents (in an ideal case) a normal distribution of data samples, where we can find an average value (major frequency of samples) and a variance of data samples in both directions. From this we can estimate what the standard time should be for the operation (i.e. a cluster switch operation) and what time variance is acceptable.

In reports generated at the end of a testing phase, we can easily watch performance statistics, see a possible regression of an action’s duration or, on the other hand, any improvement.

To view the previous blogs in this QA series, see below, or feel free to reach out to ask any questions: 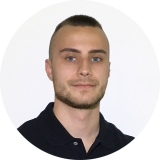